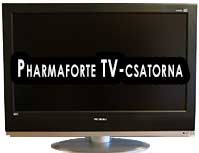 
Low levels of vitamin D may be associated with an increased risk of depression in mid-life, says a new study from University College London in the UK. The study, which indicates correlation and not causation, found that people with vitamin D levels of at least 75 nmol/l had a 43% lower risk of depression, compared to people with vitamin D levels lower than 25 nmol/l. Results published in Clinical Nutrition also indicated that the higher vitamin D levels were associated with a 67% lower risk of panic, compared to the lower levels.
“The high burden of mental and behavioral disorders and concurrent high prevalence of vitamin D insufficiency (<75nmol/l) worldwide (29) highlight the potential importance of our findings,” wrote the researchers, led by Jane Maddock from the UCL Institute of Child Health.
“Our results suggest that low 25(OH)D is associated with higher prevalence of depression and panic and that 25(OH)D is modestly and non-linearly associated with subsequent depressive symptoms. However, the possibility of thresholds will need to be confirmed.”

Vitamin D refers to two biologically inactive precursors - D3, also known as cholecalciferol, and D2, also known as ergocalciferol. The former, produced in the skin on exposure to UVB radiation (290 to 320 nm), is said to be more bioactive.
The UCL study is not the first reported link between vitamin D status and symptoms of depression, with some data supporting an inverse association. However, the data to date is inconsistent. Results from the Women’s Health Initiative (WHI) suggested no benefits (American Journal of Epidemiology , doi:10.1093/aje/kwr482), while data from the third US National Health and Nutrition Examination Survey revealed that people with vitamin D deficiency were at an 85% increased risk of having current depressive episodes, compared with people with sufficient levels (International Archives of Medicine , 2010, 3:29 doi:10.1186/1755-7682-3-29.
A review by Bruce Ames and Joyce McCann from the Children's Hospital and Research Center Oakland highlighted the role of the vitamin in maintaining brain health, noting the wide distribution of vitamin D receptors throughout the brain.
According to the review (FASEB Journal, Vol.22, pp. 982-1001), the vitamin has been reported to affect proteins in the brain known to be directly involved in learning and memory, motor control, and possibly even maternal and social behavior. Depression in the elderly is highly prevalent and can increase the risk of medical illnesses, worsen the outcome of other medical illnesses, and may increase mortality.

Maddock and her co-workers analyzed data from 7,401 participants of the 1958 British birth cohort. Questionnaires were used to elucidate behaviors at age 45 years, while mental issues such as depression, anxiety, panic, and phobia were measured using the Clinical Interview Schedule-Revised and the Mental Health Inventory-5.
Results showed that, at age 45, higher levels of vitamin D were associated with lower odds of depression and panic.
At age 50, the results indicated a non-linear association between vitamin D and depression, with lower risk for people with vitamin D levels between 50 and 85 nmol/l, compared with people with higher or lower levels. “Further prospective and experimental work is required to replicate these findings, clarify causality and establish the most effective 25(OH)D status for maximum benefit,” concluded Maddock and her co-workers.
Source: Clinical Nutrition
Published online ahead of print, doi: 10.1016/j.clnu.2013.01.006
“Vitamin D and common mental disorders in mid-life: cross-sectional and prospective findings”